If summer can be considered the season for lawncare, then autumn by contrast is all about the trees. 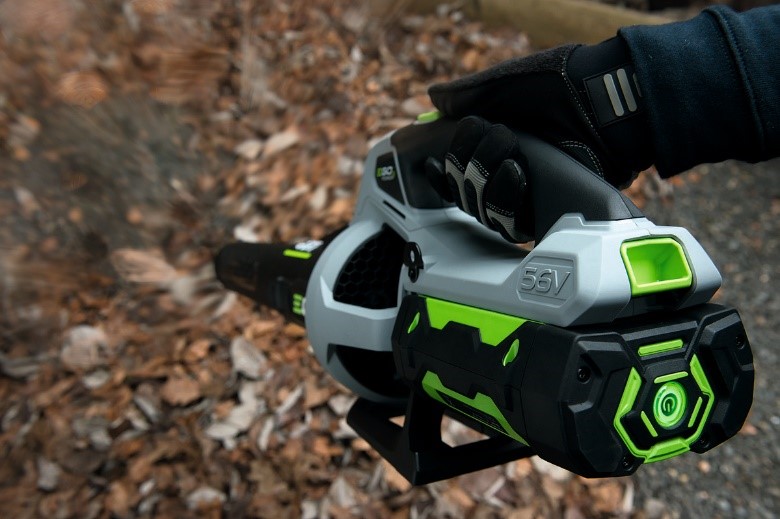 Want to enjoy the autumn foliage without them littering the garden? EGO has the solution.

Bringing the latest in battery technology to the garden, the EGO Power Plus Blower (LB5800E) is simpler, cleaner, quieter and more comfortable to use! Powered by a high-efficiency brushless motor, the EGO blower features jet turbine technology and a large diameter tube to give maximum airflow.

It also features a Turbo Boost mode capable of putting out 900m3 of air per hour, (more than most hand-held petrol blowers on the market!) – that’s enough power to clear up even the biggest windfall.

The EGO Power Plus Blower (LB5800E) has an RRP of €219.00 as the standalone tool, with EGO’s 2.5Ah 56V lithium-ion battery and standard charger sold separately.

Once all the leaves have fallen (and you’ve blown them away), the wood sap levels in the trees will be at their lowest, making lighter work of tree felling.

A cut above the rest, the cordless EGO Power Plus 40cm Chain Saw (CS1600E) makes the slicing of trunks, logs and branches even easier and greener.

The EGO CS1600E isn’t just better for the environment. It also excels in safety. Emitting just 98dB during use, that’s more than half as quiet as its standard petrol-powered counterparts! The chain saw also has a chain kickback feature and electric brake for an added layer of protection from accidents.

The EGO Power Plus 40cm Chain Saw (CS1600E) has an RRP of €299,00 as a standalone tool with battery and charger sold separately.

With one battery that can power multiple EGO tools, our industry leading 56V Arc Lithium battery provides a cost effective and flexible solution.

For all press enquiries, please contact Ben Baker-Hollyhead on 0121 454 8181 or ben@wyattinternational.com